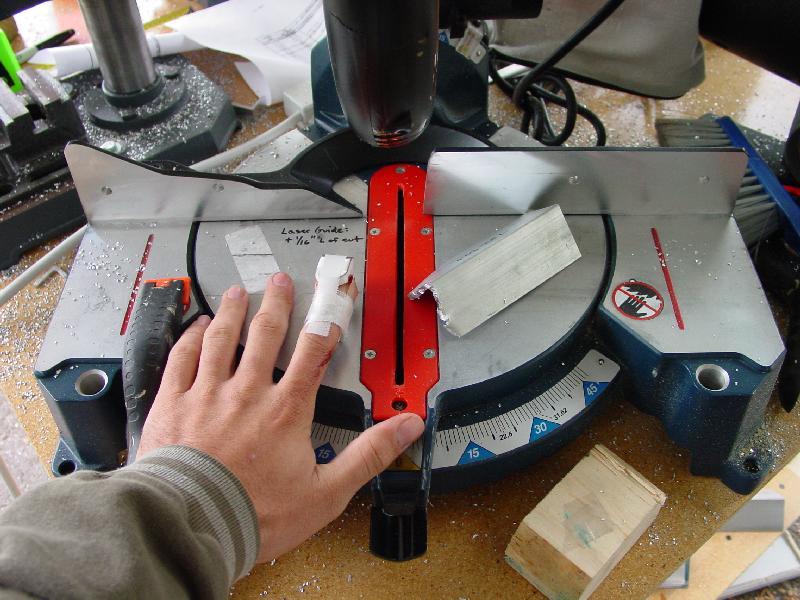 A miter saw or a drop saw is an essential and most-used tool for carpenters. Power miter saws are used to make precise vertical straight or angled cuts on small boards, moldings, and lumber. The manual version of a miter saw is slower than the power saw, but can accurately cut simple angles as well as 90-degree angles. However, the power saw is preferred by many as it’s a great time-saver and very efficient.

While miter saws are amazingly useful and do their job efficiently, they can be very dangerous and the fingers of many a carpenter have been felled with these saws. Each year, it is estimated that roughly 400,000 people are taken to the ER with power tool injuries.

In the year 2012, the U.S. Consumer Product Safety Commission (CPSC) recalled more than 22,000 Robert Bosch miter saws, as there was the risk of the lower guard breaking and coming into contact with the blade. This posed a risk of laceration to both users as well as bystanders.

It is important for miter saw owners/users understand the liability laws about their area. Manufacturers of all tools, including miter saws like are DWS779 and DWS780, are legally responsible to bring out products that are safe for the intended users. 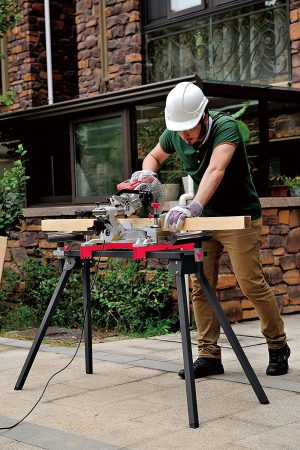 Miter saw users subjected to injuries caused by a defective product are legally eligible to file a lawsuit against the saw manufacturer to recover for the damages caused.

Unlike criminal laws, initiated by the government; a civil “complaint” or a “lawsuit” is filed by an injured private individual against another person, a company or even a government agency, alleging their carelessness or irresponsibility that led to the injury.

The complaint in a personal injury case identifies the parties to the lawsuit, which in the case of a miter saw the accident, is the manufacturer. It describes the problem associated with the miter saw and specifies the compensation the plaintiff is seeking.

All the facts, including the model and make of the miter saw used, the type of blade used in the saw at the time of accident, the guards on the saw (if any), problem with the saw, occurrence of the accident, the damage caused and everything that the plaintiff (the individual) will attempt to prove in the court of law, will be noted.

A thorough investigation will be performed based on the “complaint.” Most cases are solved through a settlement agreement by the manufacturer. Others are based on a judgment after a court trial. Settlements may be either a lump-sum amount paid to the individual or payments made over some time, agreed upon by both the parties. 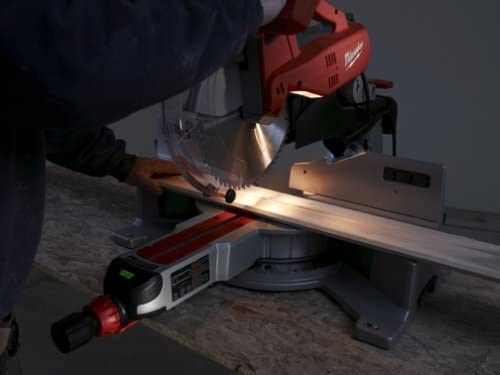 Let’s take the example of a former bricklayer, whose left hand was mangled in an accident involving an electric miter saw while making miter saw projects. He asked for $10 million in punitive damages. The court found the award excessive and advised a reduced compensation of $5 million.

In another case, the worker was gluing the wood floor pieces down and while doing that, he used a miter saw to cut the pieces to fit the floor. During one such cutting session, he was making a straight cut to take two inches off of a long piece of wood. He slipped when his right hand was on the carriage handle and the left hand was still under the blade. He sustained injuries and was transferred to a hospital. Inspection of the miter saw he was using, revealed that it was in good condition and functioning properly.

While we may not have the details of the final verdicts in these cases, they show that you are legally eligible to take the manufacturer of the miter saw that caused damage, to the civil court. Hiring a good accident lawyer is important. They perform their investigation, to gather every single detail of the accident.

It helps to know that there is also a limitation period, within which the court proceeding for complaints filed for compensation should commence. In the United States, the statutes of limitations differ from state to state.

Unfortunate miter saw accidents happen in the thousands. They can lead to debility and change the lives of people who suffered the damage. Being aware of your civil and legal rights not only helps in getting the compensation you deserve but also in bringing the faulty miter saw manufacturers to justice.

Robert Johnson
Robert Johnson is a woodworker who takes joy in sharing his passion for creating to the rest of the world. His brainchild, Sawinery, allowed him to do so as well as connect with other craftsmen and women. He has since built an enviable workshop for himself and an equally impressive online accomplishment: an extensive resource site serving old timers and novices alike.