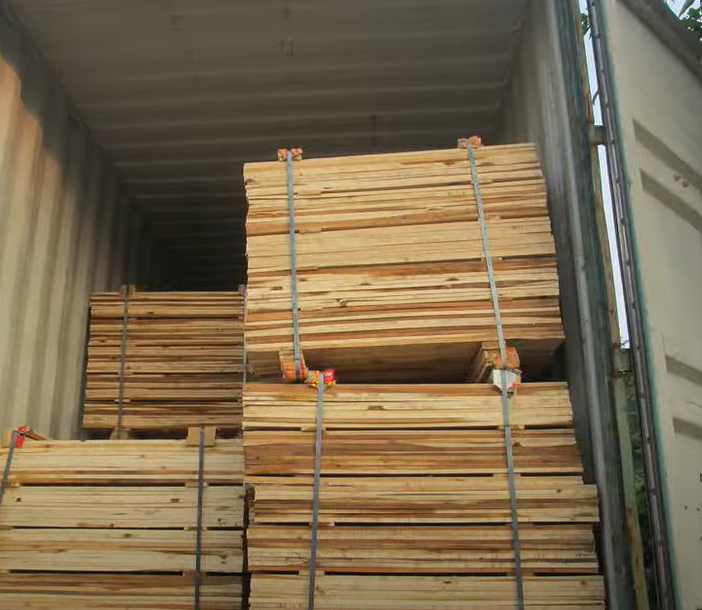 Lumber sizes can be tricky to discuss, and this often frustrates amateur woodworkers. Getting the wrong hardwood lumber can result in arduous work and tons of milling.

To avoid confusion, this article will help you be familiar with the lumber types and what you should buy depending on your woodworking needs.

The number on your hardwood lumber refers to the number of flat faces on the board. To know each code on your wood, we’ll break down what S2S, S3S, and S4S mean.

S2S is a lumber board crafted into a uniform thickness, rough edges, and parallel faces and is the most common type of lumber you’ll find even in your local hardwood dealer or lumber yard.

It’s the abbreviation for “surfaced two sides lumber,” which has two flat faces, with the other two side edges still rough. This is cheaper than the S3S and requires a straight jip rig for a table saw to function efficiently and fabricate a straight clean edge. 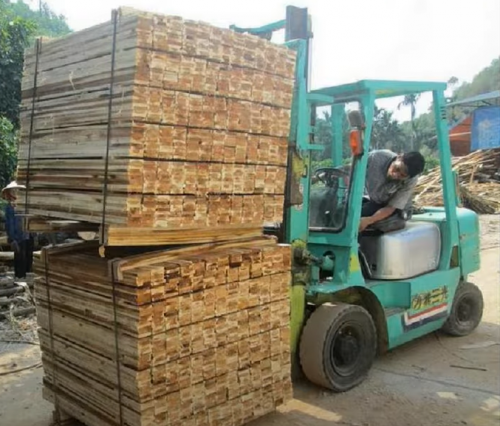 It’s also available at smaller lumber scales, but the only downside in purchasing S2S from local millers is the tendency of faulty milling, which results in warps in the boards.

S3S, on the other hand, is a short-term lumber board that is dimensioned with uniform thickness too, but this one is surfaced on three sides, with parallel faces and one rough edge.

Woodworkers usually opt for S3S hardwood lumber. It is called S3 as an abbreviation for “surfaced three sides.” S3S hardwood lumber is also convenient since woodworkers can go straight to work and forgo the arduous milling process. It is very time-efficient because it only requires ripping the boards to width.

Like an S2S, an S3S is commonly available to your local lumber yard, and you can also ask some dealers to SLR or straight line up your S2S boards and convert it to S3S lumber.

S4S is the woodworking term for “surfaced four sides,” meaning a board has been cut to uniform thickness. It is similar to the lumber mentioned earlier, but this one has two straight parallel edges and two parallel flat faces. 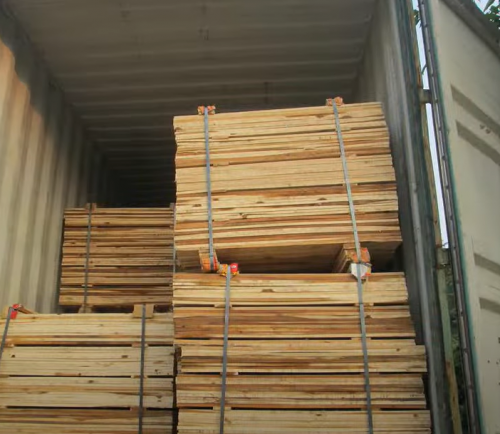 It’s easier to assemble projects with S4S boards because they are sanded to 120 grit on all sides, making them efficient and movable.

S4S boards with two ripped sides and two surfaced areas can be bought at Lowe’s or Home Depot, but there’s also a chance they are available at your local hardwood dealer and DIY stores.

When Should You Buy S2S Lumber?

Purchase S2S lumber or boards with two flat faces only if you have a jointer and table saw. An S2S lumber hardwood purchase requires producing a straight edge before ripping or cutting the bards to your desired size.

Also, we only recommend S2S lumber if you can cut a straight edge with your jointer or planer. Thus if you’re on a big project, it’s best to get your boards ripped straight to your dealer.

When Should You Buy S3S Lumber?

Getting this type of lumber will depend on the tools you have. If you only have a table saw and do not have a planer, then S3S lumber is most preferred. 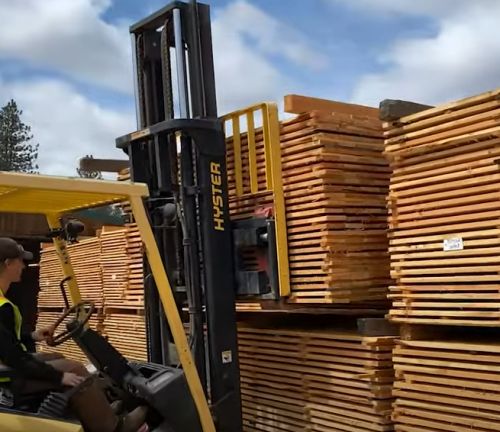 The S3S lumber is flexible for ripping hardwood to your desired width and is more efficient than buying specific boards for your project. It’s also easier to purchase huge quantities of S3S hardwood lumber through local dealers and even in consumer hardware.

With this wood, you rest assured of uniformity and high-grade outputs on your wood projects.

When Should You Buy S4S Lumber?

Surfaced four sides S4S hardwood lumber is your only option if you do not have tools like a planer, table saw, or jointer.

With S4S lumber, you’ll only need a few tools to craft fine furniture and any woodworking project because the four sides are flat and well-milled, and there aren’t many rough boards to process. 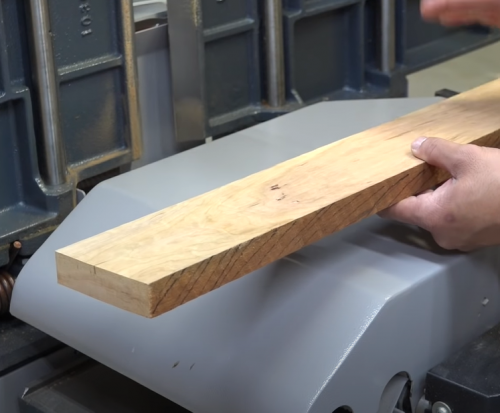 However, the drawback in purchasing S4S or surfaced four sides lumber in the consumer hardware is that it’s often warped due to poor storage. Do not rush to the hardwood section with the mindset that all lumbers are alike.

Problems with S4S in Hardware Stores

While S4S is often a good choice in completing projects, the glitch comes with procuring this at big box stores like Home Depot and Lowes. Buying S4S in your local hardwood dealer is not as straightforward as when they were processed in the lumber mill because it tends to bend and cup during transport.

The flat face on the board can also end up with bumps and jaggedness brought about by warped hardwood. We always recommend going to a wood whisperer to find a quality dealer for your S4S lumber needs and ensure you get a perfectly square piece.

How S4S Lumber is Manufactured

The most common S4S board material is made with four-sided planers or S4S moulding machines. 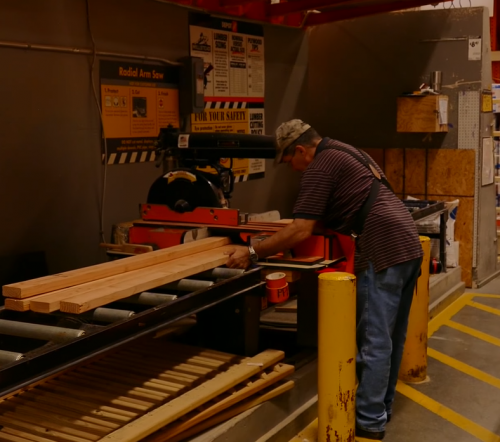 Large industrial machines are needed to make those parallel edges as smooth as possible. These machines generally have four moulding heads, like the pieces found in a spindle moulder.

Common woodworking machines such as a planer, jointer, or table saw are enough to make typical S4S sold in big box stores. Flatten the board on its side of the jointer, then put it through the planer to achieve two surfaced faces.

Join the other side to craft another flat side or use a table saw to create ripped sides. The edge should be your reference to create another ripped cut.

RGH and SLR: What Are They?

RGH generally means rough lumber about boards milled from the lumber and weren’t dimensioned. RGH is the cheapest lumber available, but since it’s rough, you’ll have to do a lot of work if you want to use an S4S wood board.

The price difference may be a little cheap, but you’ll have to exert an extra amount of time to mill the lumber. It’s also less expensive than buying ready-made s4s s3s s2s lumber. 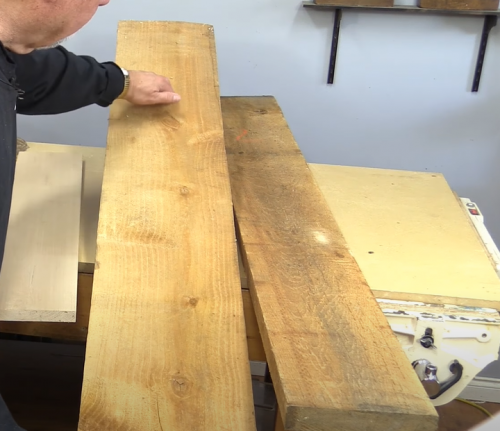 Straight line ripping your board saves you time from edging joints on your board with a table saw or jointer.

Should You Buy Rough Boards? + Advantages to Know

If you have plenty of time and tools like a planer, or even hardwood equipment to mill hardwood lumber, then buying an RGH may be ideal as you can save a bit more.

With a rough lumber purchase, you can mill it at any size you prefer, depending on where you will use the project. This way, you can ensure that there won’t be unwanted wood movement and that the stocks are properly dimensioned. There are also more size options as the standard ready-bought S4S won’t limit you. 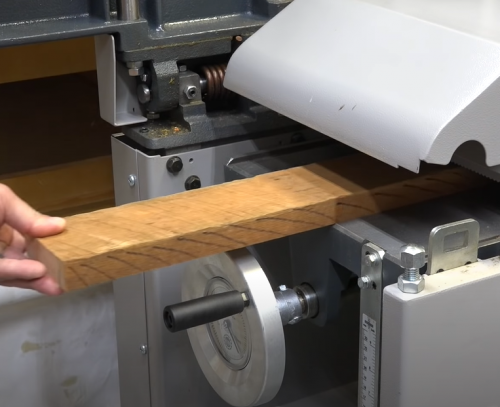 We also recommend buying rough boards at your local mill. This is generally cheaper than S4S boards because you don’t pay for the milling. However, assessing how much work you’ve done can gauge whether the money you saved was worth the effort.

Lumber Abbreviations You Should Know

Here are some common lumber abbreviations to take note of before buying lumber:

Typically, you can purchase rough lumber at half the price of store-bought S2S, S3S, and S4S lumber. But your purchase choice will vary depending on the nearby store available and the required quantity.

Hence if you’re working on projects long-term, investing in a planer and jointer will give you better ROI [1] since rough lumber comes cheap, and you can have it milled according to your needs.