Skill Saw vs Circular Saw: Are They the Same?

If you are too confused to decide between a circular saw vs. skill saw, then you’ve come to the right place. Woodworkers and DIYers often use the terms interchangeably, but there is more to these terms than they may understand.

To help broaden your knowledge with tools, we’ll share with you all the info and the most significant difference between the two.

It was in the eighteenth century that circular saws were developed. However, the initial models were far more massive and cumbersome than circular saw models that are newer and portable.

In the beginning, these were always the best option for converting massive timber logs into lumber that could be used in construction.

This type of saw did not start to arrive in smaller and more transportable forms until Joseph Sullivan and Edmond Michael, the creators of Skil Saws, and the first company that created compact hand-held circular saws. 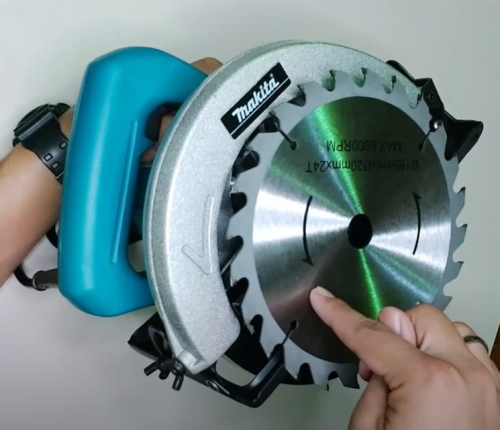 It would be several years before the sidewinder model came to market, as technology advanced so that the motor could be put alongside the saw blade. A direct drive system was used to build a more reliable saw.

The saw’s design has improved, and newer models have lightweight overall construction and are more compact and efficient.

The motor is located behind the circular blade in a worm drive saw. The smaller profile of worm drive saws makes them more maneuverable in small places and ideal for rough cuts. 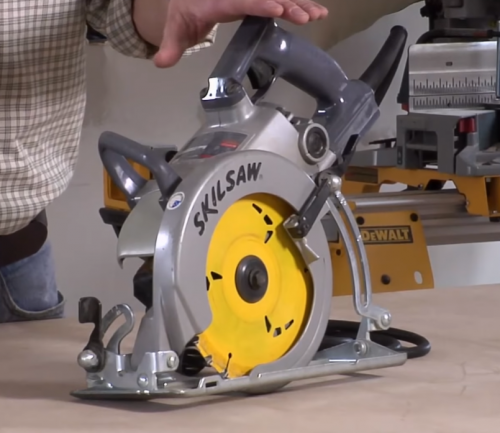 More power is delivered via the powertrain, which includes a worm gear attached to the saw’s axle. The amount of rotary motion of the tool leads to quick cuts on small boards and the capacity to work with harder woods. Worm-driven models are also the most powerful.

A sidewinder or direct drive saw uses an axle to turn the blade, which is attached to the engine. Less mechanical advantage means that the blade has less torque to work with.

Sidewinder models are lightweight and more pleasant to use over a day, despite their lack of power. On average, direct-drive options do have the smallest cutting depths.

Like a worm drive saw, the motor for a Hypoid saw is located behind the blade. 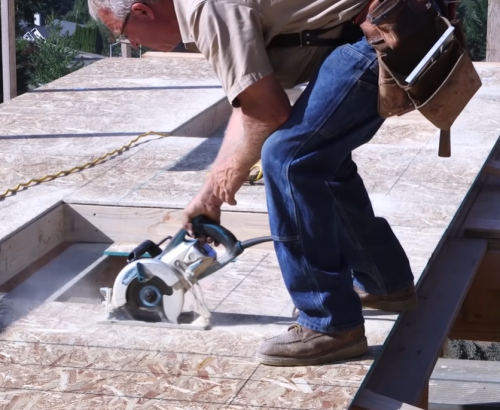 In contrast to worm gears, the blades of Hypoids are propelled by conical gears. However, they are not as lightweight as direct drives or sidewinder worm drives, which are the only options for worm drives.

Instead of having to slow down and carefully balance your board in the work area, you can cut through thick wood and narrow boards quickly and efficiently with a circular saw. You can use this saw on the ground, provided the wood is elevated in a few seconds.

An excellent alternative to the table or miter saw. Because of the bevel gauge and shoe’s versatility, you don’t need to take a lot of measurements to make a precise cut on usable lumber.

In addition to its portability, it is a fantastic option if you want to use your saw for a variety of different tasks. You can choose a corded and cordless design or a compact circular saw based on your requirements. 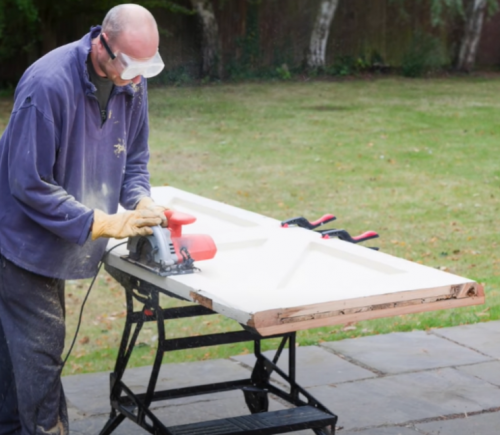 One of the difficulties of cutting with circular saw is that plunge cuts that are accurate are nearly impossible, which means it has a weak deep cutting capacity.

If you don’t know the blade’s path, you’ll have to guess where it will pass. While initially intimidating, it’s pretty simple to handle after a little practice.

Our Top Pick for a Circular Saw

Our top pick for a circular saw is the Makita 18V X2 LXT. It offers corded performance in a cordless package if money isn’t an issue. To prevent chipping, it has a fast blade rotation of 6,000 revolutions per minute and a 7-1/4-inch blade providing 2-5/8-inch cutting depth. 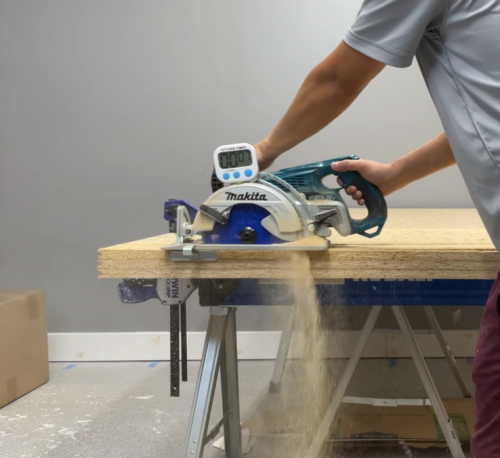 With two onboard batteries, it weighs just 10 pounds. In addition, it has a blade brake, dust blower, and a 56-degree slope with positive stops, all of which are adjustable.

Features of a Skilsaw

With an edge measuring anywhere from 5-1/2 to 7-1/2 crawls wide, the modern Skill saw is a hand-held saw that’s ready for any job.

The skill saw’s features include an effective 15-amp motor with a 5,300-RPM [1] output for increased speed and faster cuts and a carbide-tipped 7-1/4-inch edge.

Furthermore, a wide variety of cuts can be made at a 51-degree inclination. It also has a dust blower that keeps the cutting line clear of sawdust, allowing for better sight as the work progresses, and a lower watch with anti-snag technology reduces tangling during limit cut-offs.

Other Tools Offered by Skil 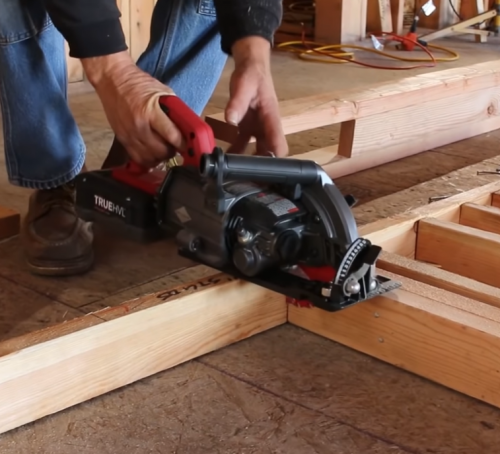 Since the engine is aligned with the adapting shaft on a sidewinder, the blade moves faster, and the saw is smaller. Sidewinders are often installed in the Skill saw with the edge on the right.

In Skilsaws, the engine and two gears arranged at ninety-degree positions are located below the saw’s cutting edge. When comparing skill saw vs. sidewinder circular saws, this configuration reduces the RPMs of the edge but increases the torque. 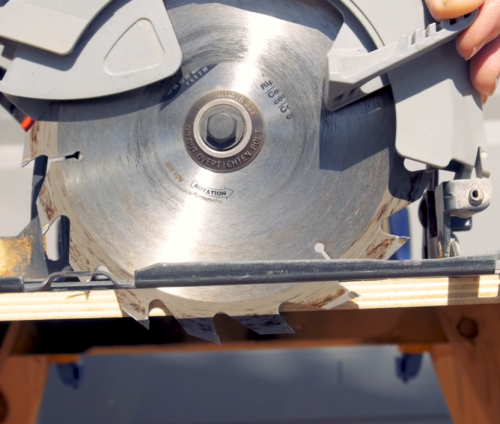 The Skill saw design had been known to last four times longer than any regular circular saws. Our woodworking team loves the Skill saw for its long life, excellent visibility for numerous users, and increased power and torque.

Regarding RPM and torque, Skil saws are faster than worm types but not as powerful. It means that the engine is at the top of the control unit, with 45-degree gearing.

In most cases, a longer, heavier saw as a Skill saw will have the advantage over a shorter, lighter saw like a circular saw.

Our Top Pick for a Skill Saw

The Skil 15 AMP 7-1/4″ Circular Saw With Laser Guide is one of their most recent creations and our top pick. It has a maximum rotational speed of 5300 RPM, thanks to its 15-amp motor. You may quickly and easily switch out the blades with the included wrench and the saw’s spindle lock. 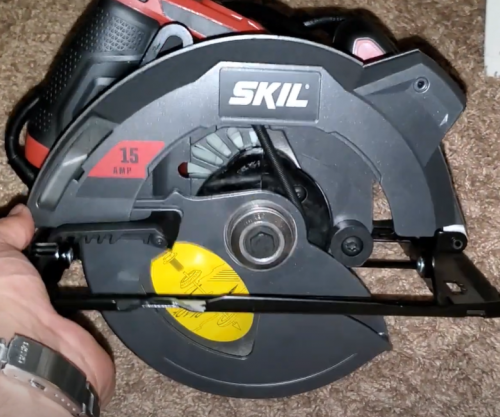 Besides that, you’ll be able to make cuts as deep as 2-3/8 inches. The 24-tooth carbide blade guarantees precise cuts.

Differences Between Skill and Circular Saws

What are They + Uses

To this day, Skil’s makes circular saws that bear the trademark “Skill saw,” which was originally known as “Skilsaw,” a tool manufacturing company.

The brand Skill introduced the Model E Skilsaw in the 1930s, the first worm-driven saw. 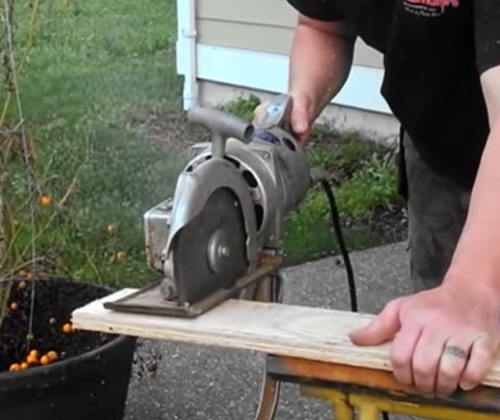 A serrated or abrasive spinning disc blade is used in the saw to cut through various materials when powered by hand. Unlike a corded circular saw, drill hole saw attachment and ring saw both use a rotational action.

Much like any worm drive circular saw, a Skill Saw or Skilsaw can be used in the same manner. When cutting lengthy straight lines, a worm-drive circular saw is regarded as the best option because the handle is situated in a more convenient location.

Even if the models are available for Skill, there are not that many options. They have become so popular that nearly every respected power tool company now produces them.

If you don’t want to limit yourself to the two saws, you’ll have hundreds, if not thousands, of models you could choose from. There’s a wide range of other circular saws, so you can be sure to find what you’re looking for.

Like skill saws, they can do everything a circular saw can, including deeper cuts and stock ripping. However, because they are all from the same manufacturer, your options may be limited. 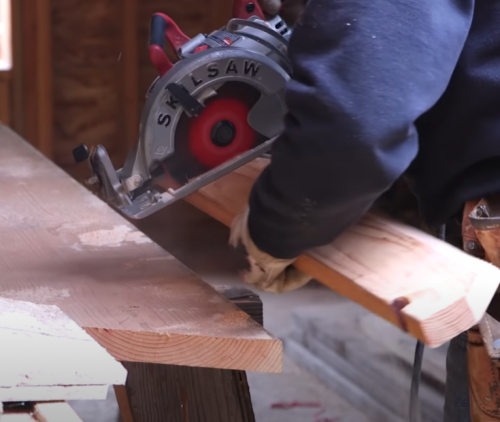 Circular models with more advanced features, such as a wider bevel angle, allow for wider bevel cuts and are currently available on the market.

Most woodworkers agree that Skil Saw products are the kind of equipment you can expect to keep in your workstation for a good number of years because of their heavy-duty build.

This brand has a lengthy history, and the truth that it is still a popular choice shows that many customers believe in the products they sell.

A saw’s quality mostly depends on the manufacturer you purchase from.

Skil circular saws are generally more expensive vs. circular saw models made by other brands. While several models from various manufacturers sell for as little as $50, you’ll need to invest at least $100 to buy a Skill saw model. 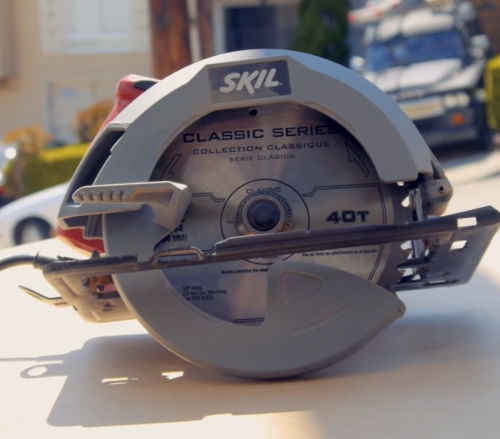 Keep in mind that the price of your saw is largely determined by the store where you buy it and the saw’s size and model.

There are two types of circular saws: corded and cordless. In the corded model, amperage is used to measure power. Models with a 15-amp rating are the norm.

For seldom use, the best are those with a power rating of 10 to 15 amps. Choose a saw with an adequate power rating to get the most out of your cutting.

In terms of portability, a handheld circular saw is more convenient because you can carry it from one location to another.

Both corded and cordless saws can produce the best cuts for a wide range of projects.  Although the corded models offer a continuous power source, a cordless model can offer better portability.

You must handle every piece of equipment with caution. However, it’s advisable to go for a recognized brand such as a Skill saw, which has a strong reputation and a long history, instead of choosing any regular circular saw from different brands. 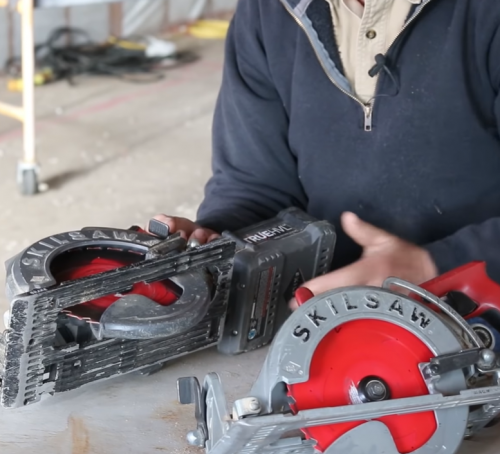 It’s also essential to choose a brand that specifies safety measures. Always be cautious while using one or seek assistance from an expert in this field.

The saw you choose will also be heavily determined by your budget. Different prices for saws are wide, owing to various brands and features. Determine which product is worth your money by comparing costs and the different materials.

Customer reviews might give you a sense of the saw’s real-world performance. If you’re looking for a professional or beginner circular saw, read on its features and make an educated selection about which saw to buy by reading this guide.

Now that you know the difference between a skill saw vs. circular saw, you can choose what is best for your woodworking project.

Skill is the best circular saw brand if you are looking for a product that has been well tested and proven. However, if you want a less expensive saw, there are many options. 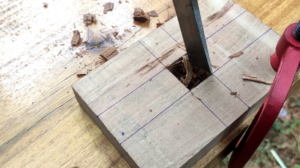 How to Cut Square Holes in Wood: 11 Best Methods

Understanding how to cut a square hole in wood is crucial woodworking knowledge that not every newbie can do well. This unfamiliarity leads them to 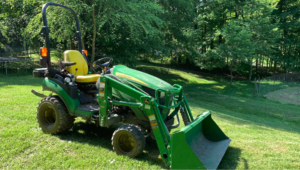 Owning a power tool like a John Deere diesel tractor is a huge help for small-scale farmers, but it’s also common to encounter transmission and